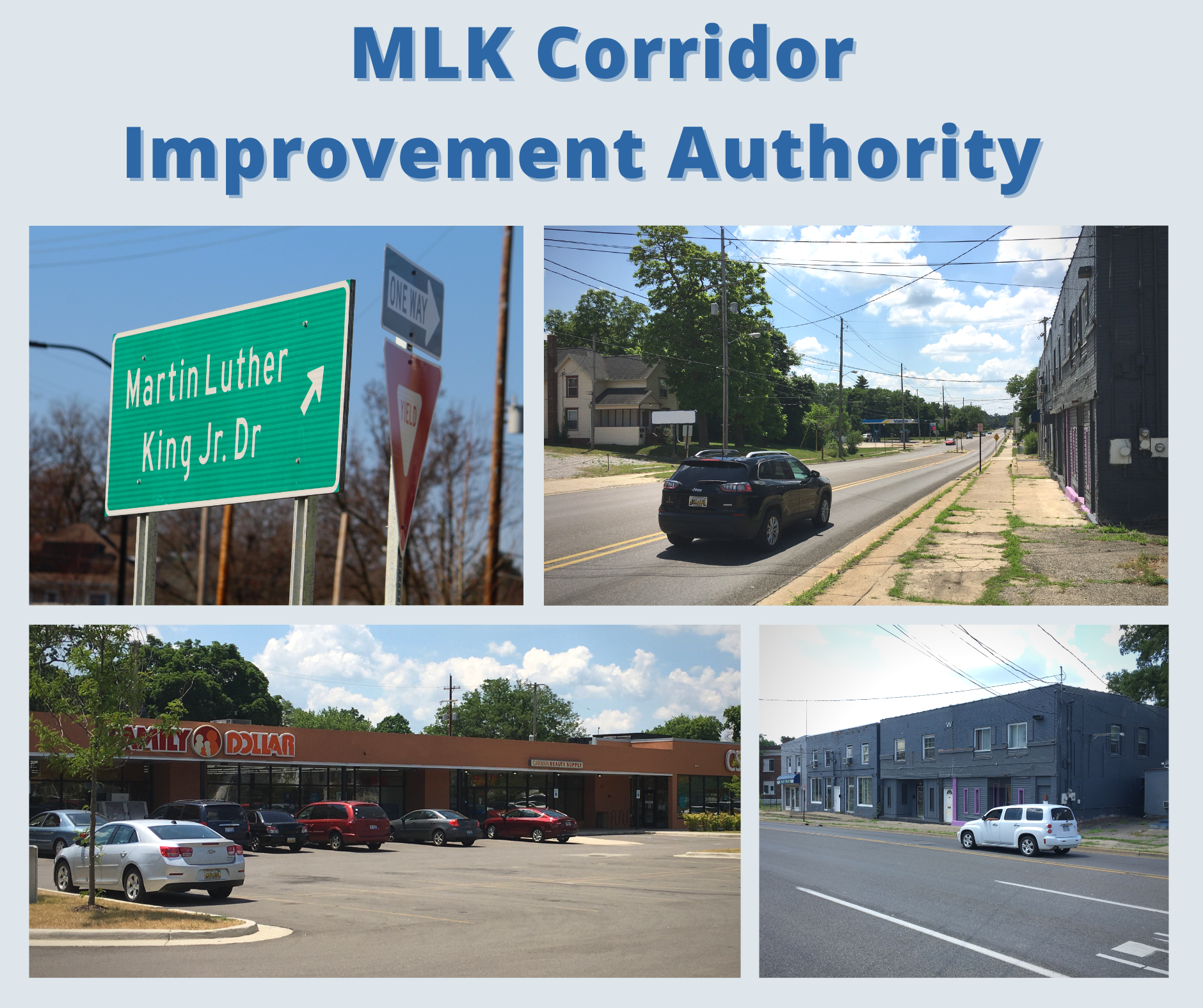 About the MLK Corridor Improvement Authority

A Jackson neighborhood is set to see big improvements in the coming years. At its Oct. 27, 2020 meeting, the Jackson City Council voted unanimously to officially create the MLK Corridor Improvement Authority.

The main goal of the corridor improvement authority is to promote the redevelopment of the MLK Drive and Prospect Street commercial corridors. A portion of tax dollars from the authority district will be used to revitalize the area. A nine member Board of Directors is assembled to oversee the use of these tax dollars and allocate funds for projects. Proposed improvements are likely to include more commercial businesses, mixed use developments, housing, landscaping, infrastructure and pedestrian access.

The MLK Corridor Improvement Authority Board of Directors meetings are generally held the fourth Thursday of every month unless otherwise noted.

Meetings are being held virtually on the online Zoom platform until further notice due to the COVID-19 pandemic. The same Zoom meeting link will be used for every meeting.

The latest meeting information is posted on the City Meeting and Event Calendar. Future meeting agendas will be posted in the Agenda and Minutes Center.

An application to serve on the MLK Corridor Improvement Authority Board of Directors is available through the City website.