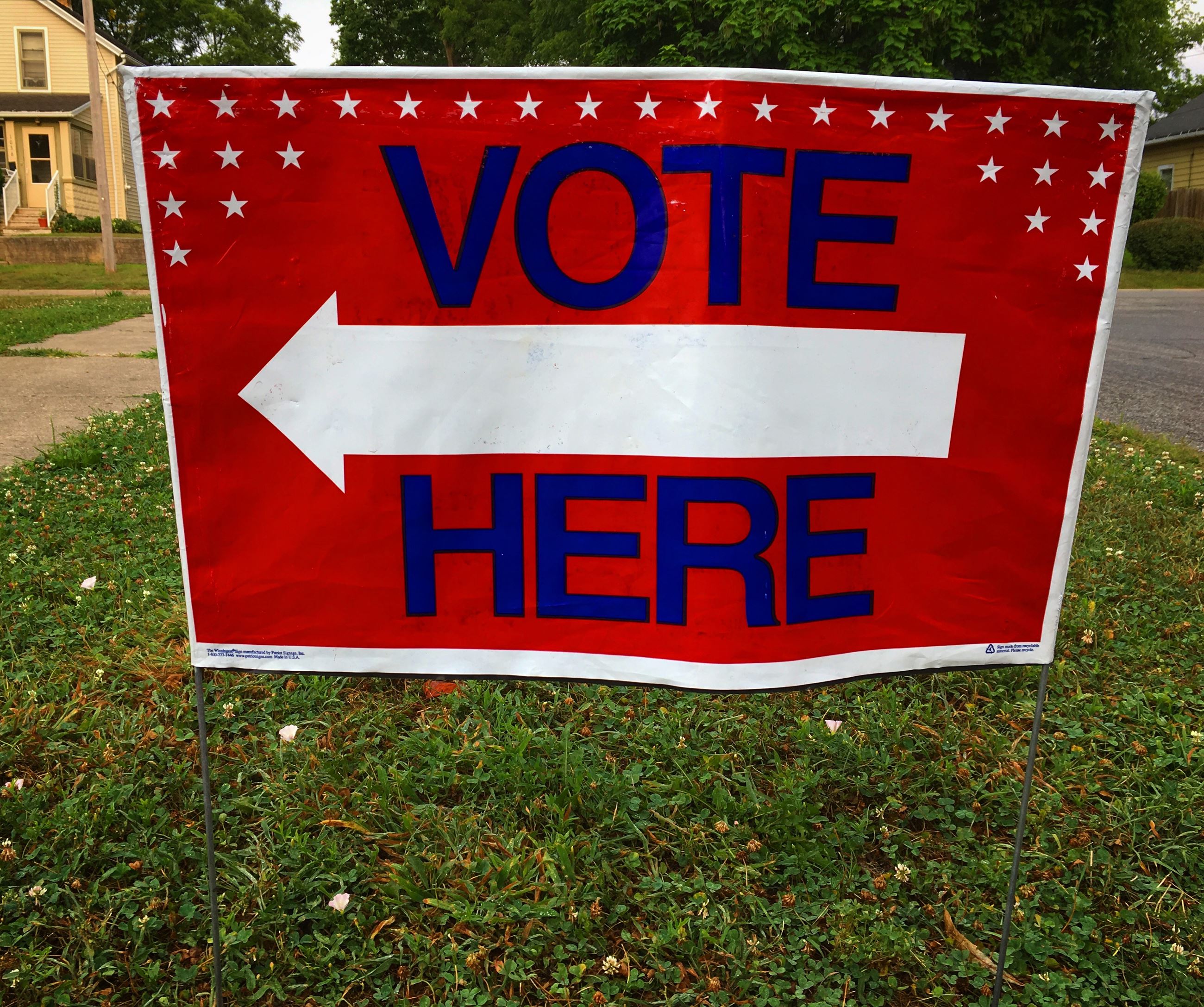 What you need to know about the Nov. 8 General Election

WHAT’S ON THE BALLOT: Voters will decide races for U.S. Congress, Michigan Governor, State Senate, State Representative, and County Commission.  There will also be state and local initiatives on the ballot. No City of Jackson offices are up for election this Nov.

WARD CHANGES: Before voting in the Nov. election, it’s important to know about possible changes to your ward and polling place. Earlier this year, the City Council finalized a new ward and precinct map for the City’s six wards.

The map selected by the council changes boundaries for every ward but Ward 1. Depending on where you live, this could change what ward you reside in and where you vote in-person. The City Clerk’s Office mailed new Voter Information Cards to all registered voters in July 2022 to get them updated on these changes.  The map on this page is the new ward and precinct map.

There are no changes to polling place locations. The ward alterations do not change the submission of absentee voter ballots.

VOTING INFORMATION: Polls are open from 7 a.m. to 8 p.m. on Election Day for in-person voting. Those opting to return absent ballots by mail are encouraged to do so as early as possible. Absentee ballots must be submitted by 8 p.m. on Election Day to be counted in the election. A ballot drop box is available at City Hall. Completed ballots may also be hand submitted in the City Clerk’s Office.

ELECTION SIGNS: Before putting signs in your yard to support a candidate or cause, please be aware of where the signs should be placed.  According to a City ordinance, signs are only allowed on private property and not in the City’s right-of-way or “parkway”, which is the area between the street and sidewalk. Signs that violate the ordinance could be removed and confiscated by City staff.

Where to Vote
Each ward has a designated polling place.

All polls are open from 7 a.m. to 8 p.m. Those concerned about voting in-person during the COVID-19 pandemic may request an absentee ballot.

It’s important for absentee voters living in the same household to pay close attention to ensure the ballot assigned to them is returned in the appropriate envelope. Contact the City Clerk’s Office if a mistake is made on your absentee ballot to get instructions on how to correct it. Voters may return ballots directly to the City Clerk’s Office on the First Floor of Jackson City Hall.

Two ballot drop boxes are available for contactless submission of absentee ballots. One is located outside Jackson City Hall at 161 W. Michigan Ave. and another is located inside the City Clerk's Office.

Those opting to return ballots by mail are encouraged to do so as early as possible. In the days before the election, voters are urged to directly submit their completed absentee ballots to the City Clerk's Office using a drop box or in-person submission.

Voters who are registering to vote on Election Day may obtain and vote an absentee voter ballot in person at the City Clerk's Office or vote in person at their voting precinct.

All absentee ballots must be submitted to the Clerk's Office by 8 p.m. on Election Day to be counted in the election. 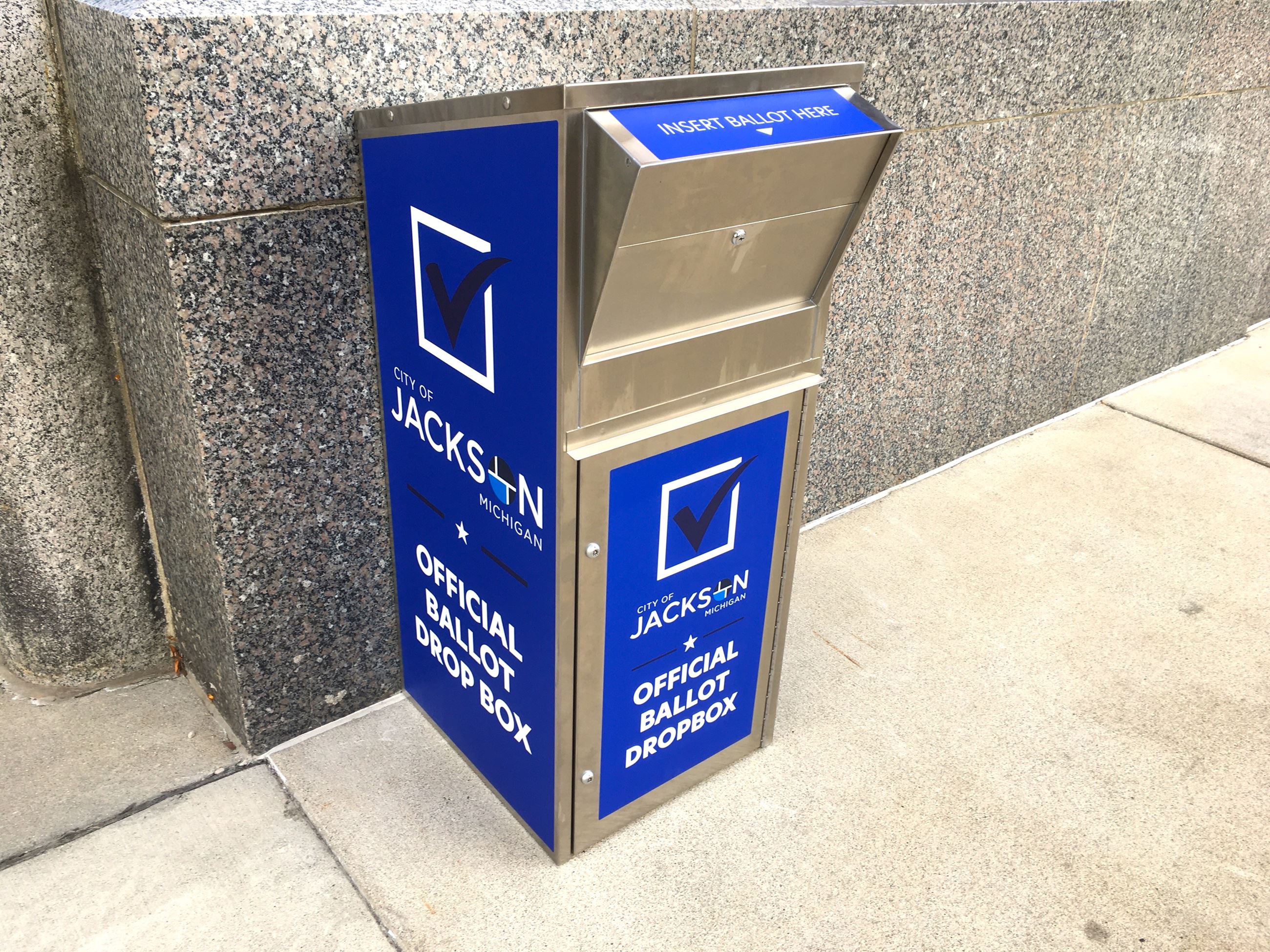 A new absentee ballot drop box has been installed outside the front entrance of Jackson City Hall ahead of the Tuesday, Nov. 8 General Election.

The City Clerk's Office used funding from the Michigan Secretary of State to obtain and install the new drop box. Registered voters in the City of Jackson may now use it to submit completed absentee ballots. The box will be open for ballot submission for every election cycle from the time absentee ballots are mailed until 8 p.m. on Election Day.

The new drop box provides added safety and security for absentee ballots. Like other communities across Michigan, the City of Jackson has seen a sizable increase in absentee ballot submissions in recent years due to the COVID-19 pandemic and a 2018 initiative that expanded absentee ballot access to Michiganders.

The new drop box, which is located at 161 W. Michigan Ave., is for completed absentee ballots only. All other City paperwork submissions, including absentee ballot applications, should be submitted to the standard drop box outside City Hall.

The Michigan Secretary of State has ballot submission deadlines listed on its website.

If a voter has already voted absentee and wishes to change their vote, a voter can spoil their ballot by submitting a written request to the City Clerk's Office. More information is available about this on the Secretary of State’s website.

See your Ballot Before Voting
If you'd like to see what's on your ballot before heading to the polls, sample ballots are available online.

About Elections in Jackson
Elections in the City of Jackson are administered by the Jackson City Clerk's Office. The City Clerk is the Chief Election Officer and is responsible for conducting all elections held in the City of Jackson. Voter registrations are processed daily through the statewide qualified voter file to maintain the records of approximately 23,000 registered city voters. The city is divided into six wards and 16 precincts with conveniently located polling places for voters to cast their ballots on election days.