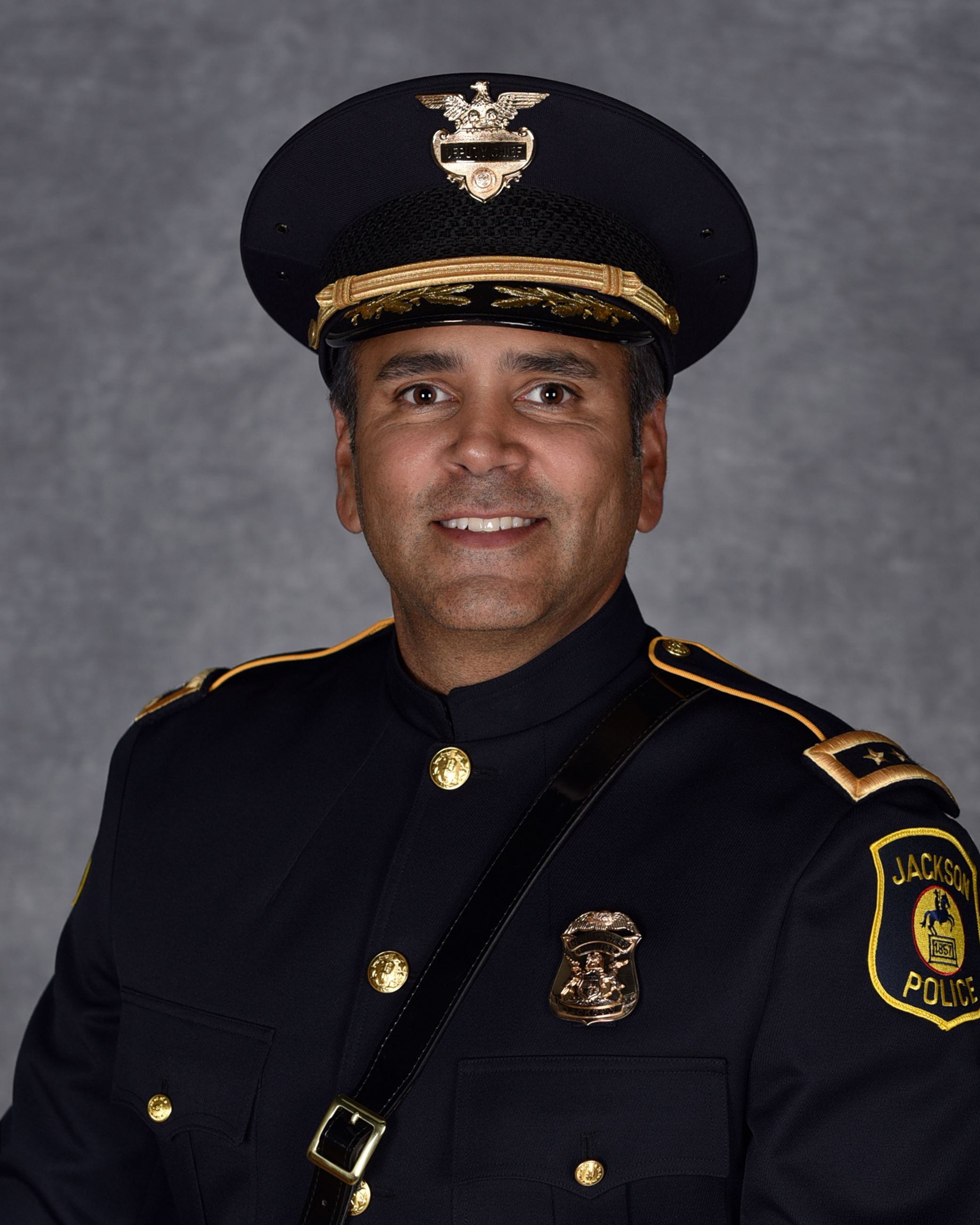 Sergio Garcia is a lifelong resident of Jackson County and graduated from Lumen Christi High School in 1995. He earned a bachelor’s degree in Criminal Justice from Sienna Heights University in 2009 and is a graduate of the 2016 Michigan State University School of Staff and Command.

He began his career with the Jackson Police Department as a cadet in February 1997.  He then attended the Mid-Michigan Police Academy and began working as a patrol officer the following year.  He has had a diverse career and has held various roles and special assignments since then, including: field training officer, working in an undercover capacity with the Jackson Narcotics Enforcement Team, detective, patrol sergeant, detective sergeant, Patrol Operations Commander, firearms instructor, and Active Shooter Instructor. He also spent 16 years on the Special Response Team as on operator/commander.

Garcia was promoted to Deputy Director in August 2021, where his extensive training and expertise enhance our department’s overall effectiveness.