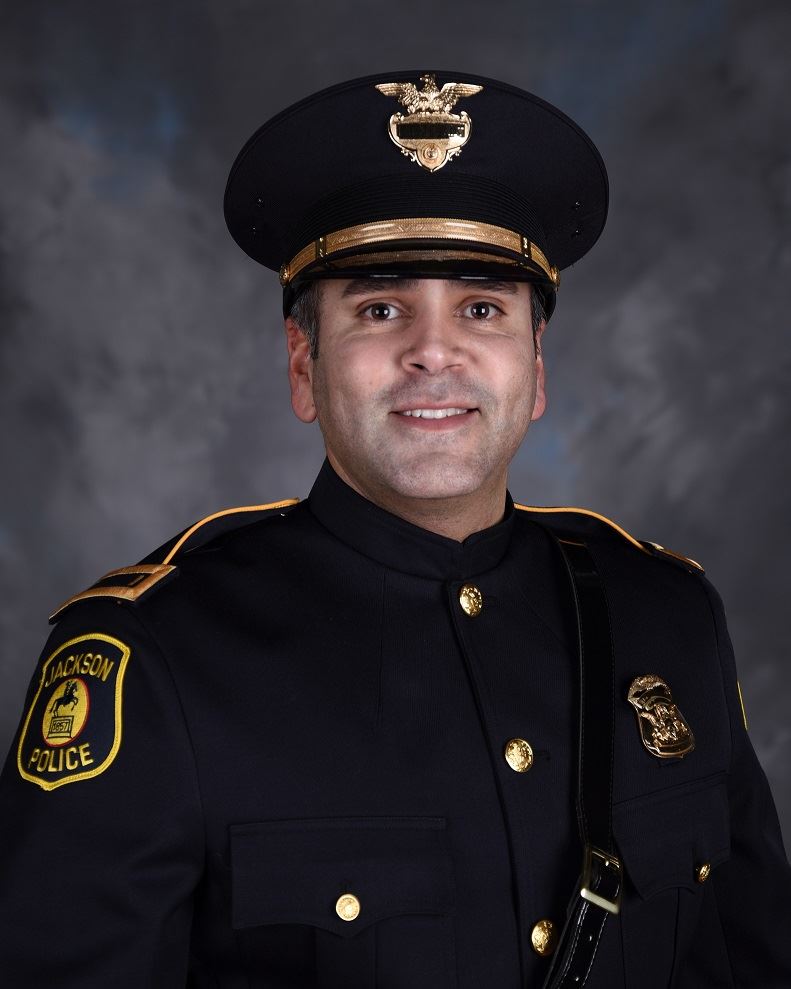 Sergio Garcia is a lifelong resident of Jackson County and graduated from Lumen Christi High School in 1995.  He began his career with the Jackson Police Department as a cadet in February of 1997.  Garcia attended the Mid-Michigan Police Academy and began working as Patrol Officer in 1998.  In 2007, he received a promotion to Detective where he served until being promoted to the rank of Sergeant in 2014.

Garcia earned a Bachelor’s Degree in Criminal Justice from Sienna Heights University in 2009 and is a graduate of the 2016 Michigan State University School of Staff and Command.  Garcia currently serves as the Department’s Firearms Program Coordinator and is the Commander of the Jackson County Special Response Team.