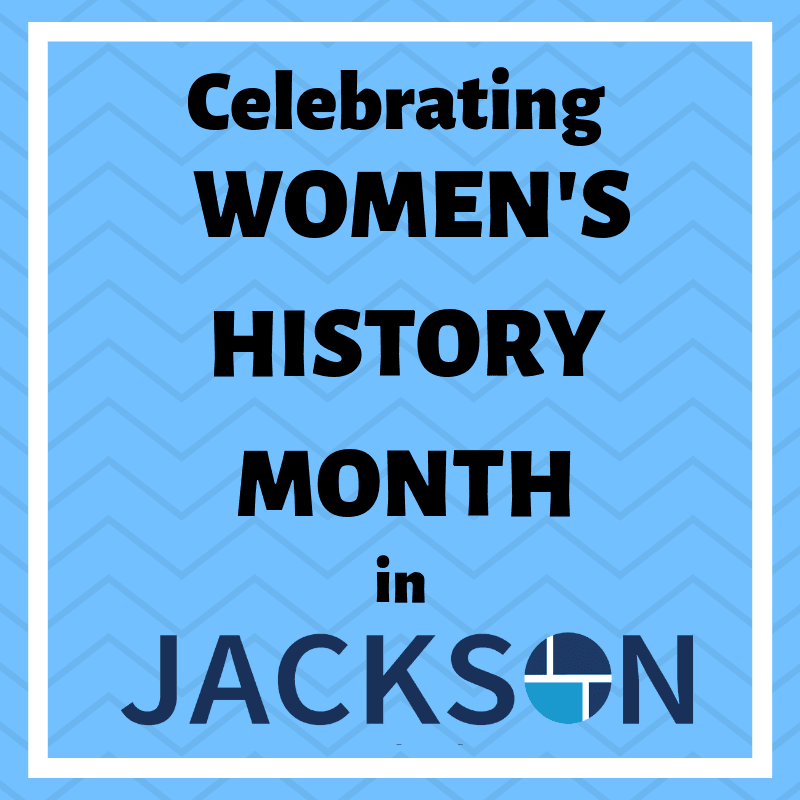 March is Women’s History Month! In 2019, the City of Jackson is celebrating by honoring trailblazing women from our past and present. In 2021, the City highlighted the groundbreaking women of Jackson's police and fire departments. A 2020 celebration did not happen due to the start of the COVID-19 emergency.

Here are the women of the Jackson Police Department! Since hiring its first female officer in 1947, JPD has had dozens of female officers serve on the police force and have made a difference in how the department serves the Jackson community. In March 2021, there were six sworn female officers working for JPD. They are (left to right) Officer Madison Mulder, Officer Rachel Kuhn, Officer Kellsie Baker, Sergeant Holly Rose, Officer Brandi Davis, and Officer Autumn Schram. 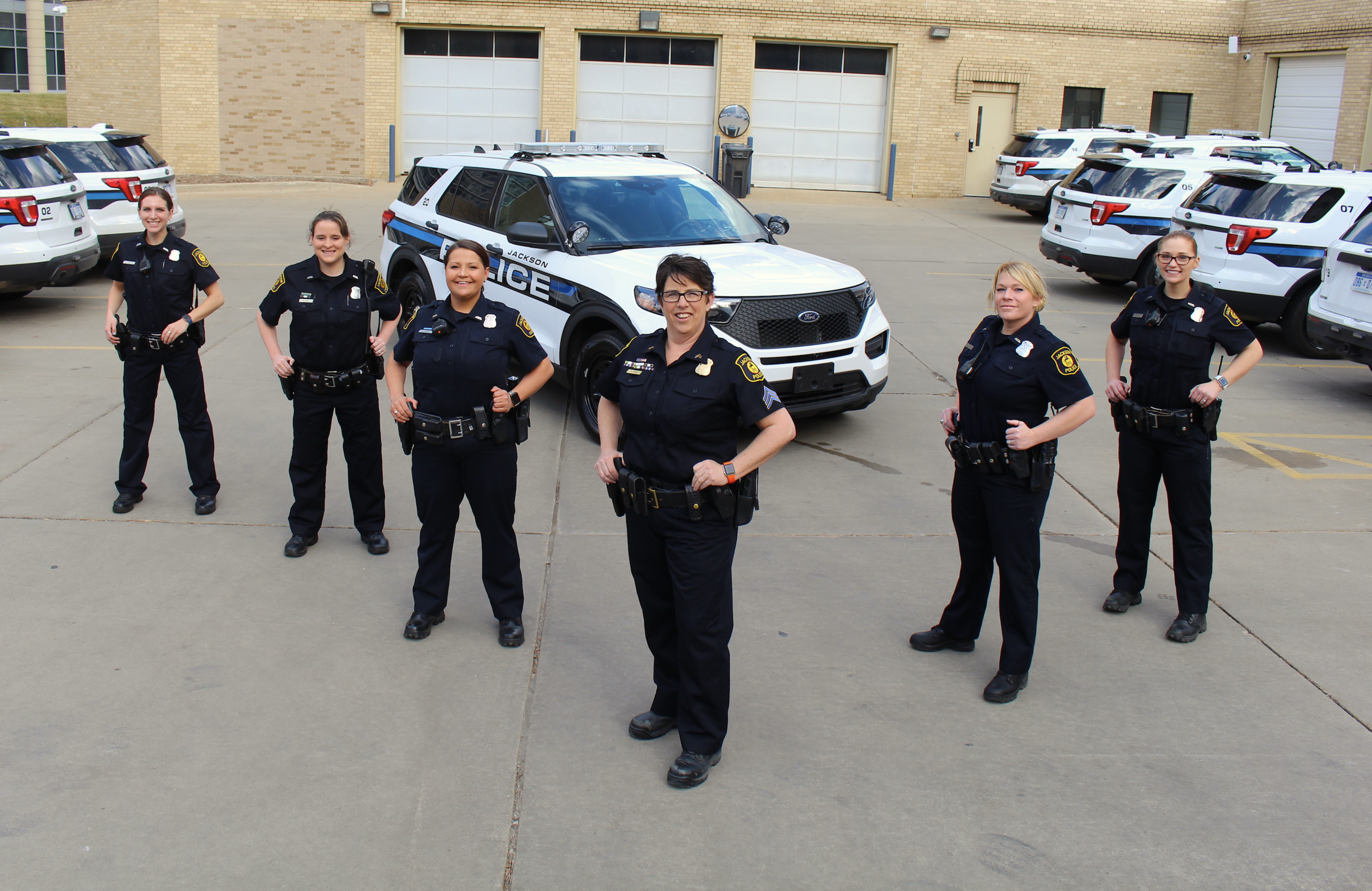 In 2019, Annie Wallen became the first female firefighter hired by the Jackson Fire Department. Firefighter Wallen is a Jackson native who served in the U.S. Marines and previously worked with the Columbia Township Fire Department before joining JFD. She was inspired to become a firefighter in the 2nd Grade when she took a tour of Jackson's Central Fire Station, where she now works. Firefighter Wallen says she's honored to be the City's first woman firefighter. When she's out on a call or when there's a tour at the station, Firefighter Wallen says young women and girls are often inspired to see that there are women working as firefighters. She hopes her experience can inspire others to pursue careers in fire service. 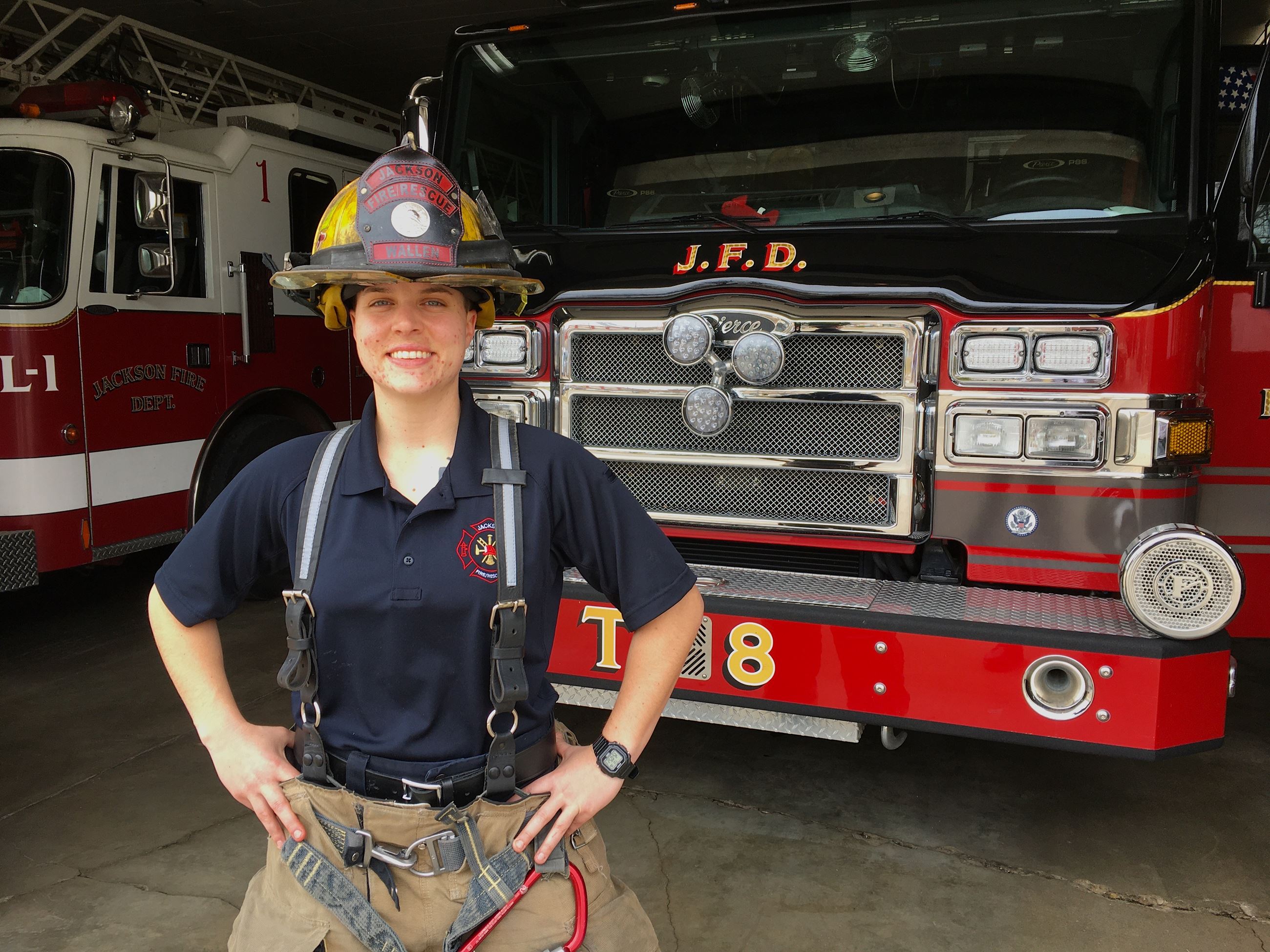 Mary Jo Kennedy began her career at the Jackson Police Department in 1977, just as other women were joining the police force. She started as a cadet and graduated top of her class at the Jackson Community College Police Academy. She was promoted to patrol officer in 1980 and served as an evidence technician, hostage negotiator and field training officer. Mary was promoted to sergeant in 1989 and lieutenant in 2001, making her the first woman in the police department's command staff. She retired in 2007 after 30 years with the department and continued to work in criminal justice locally. 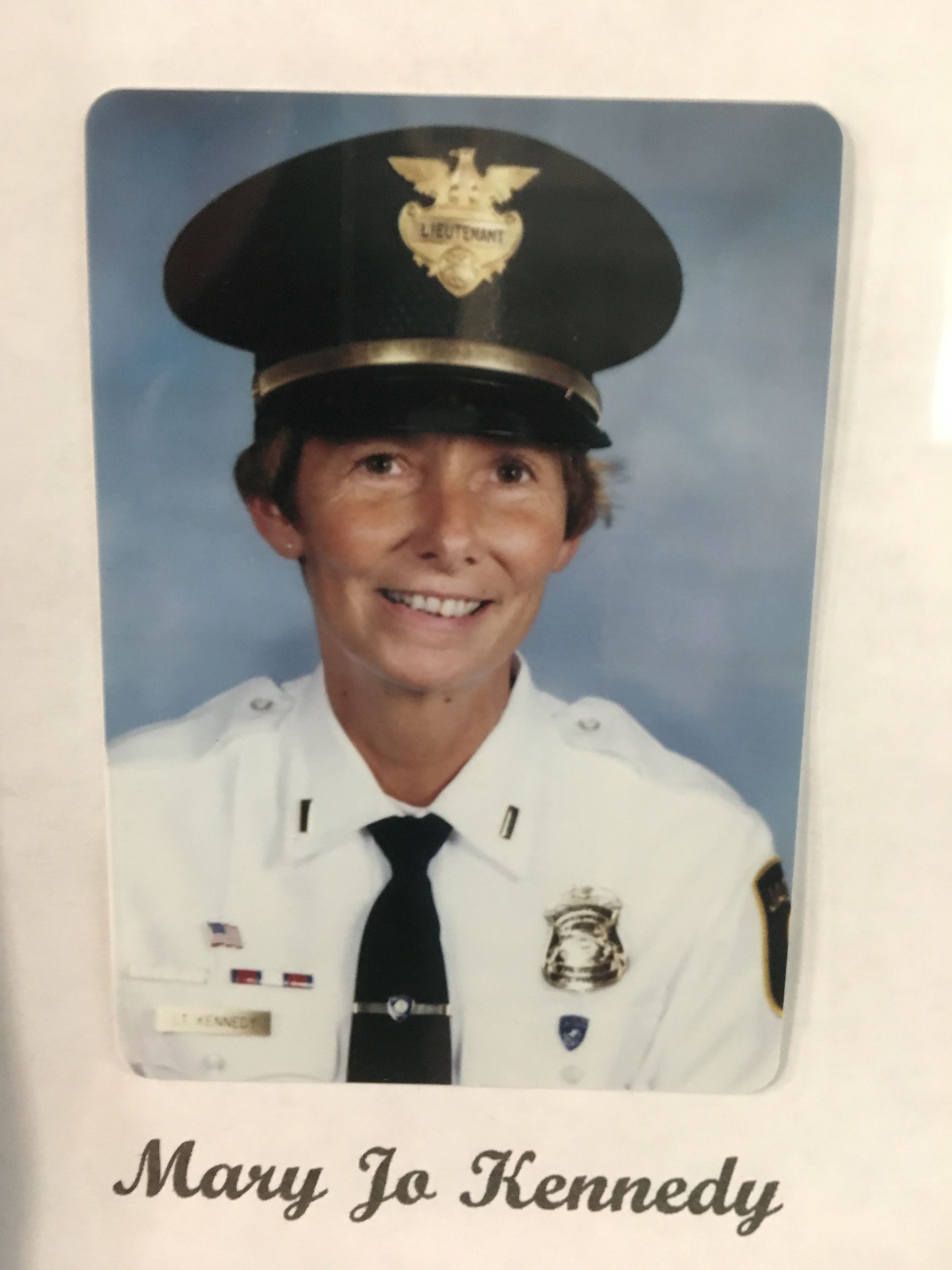 "I'm a policewoman!" was the headline of the Jackson Citizen Patriot in March 1974 when Jackson Police Officer Karen Frampton was profiled in a story. Officer Frampton became the police department's first female patrol officer in 1974. This story talks about her experiences in the police force. She was certainly a trailblazer. Following Frampton's hiring, the police department hired three more female officers. 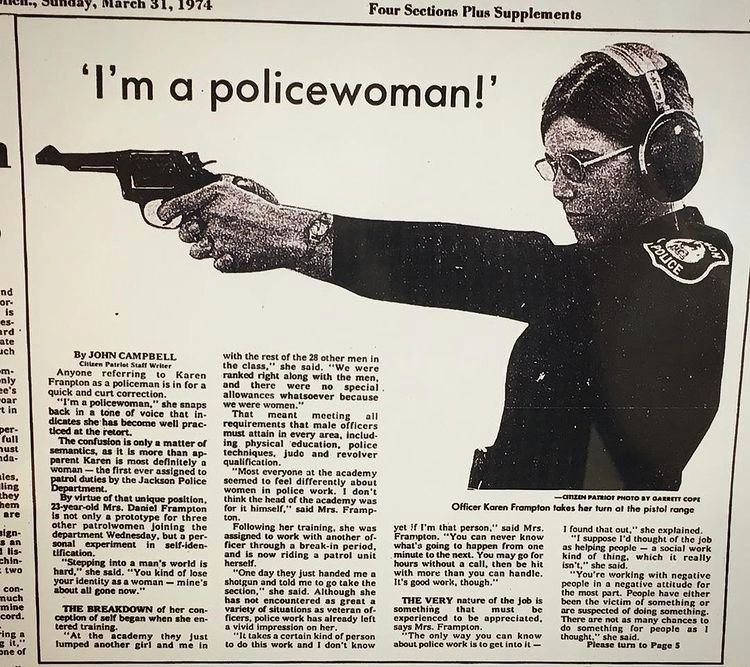 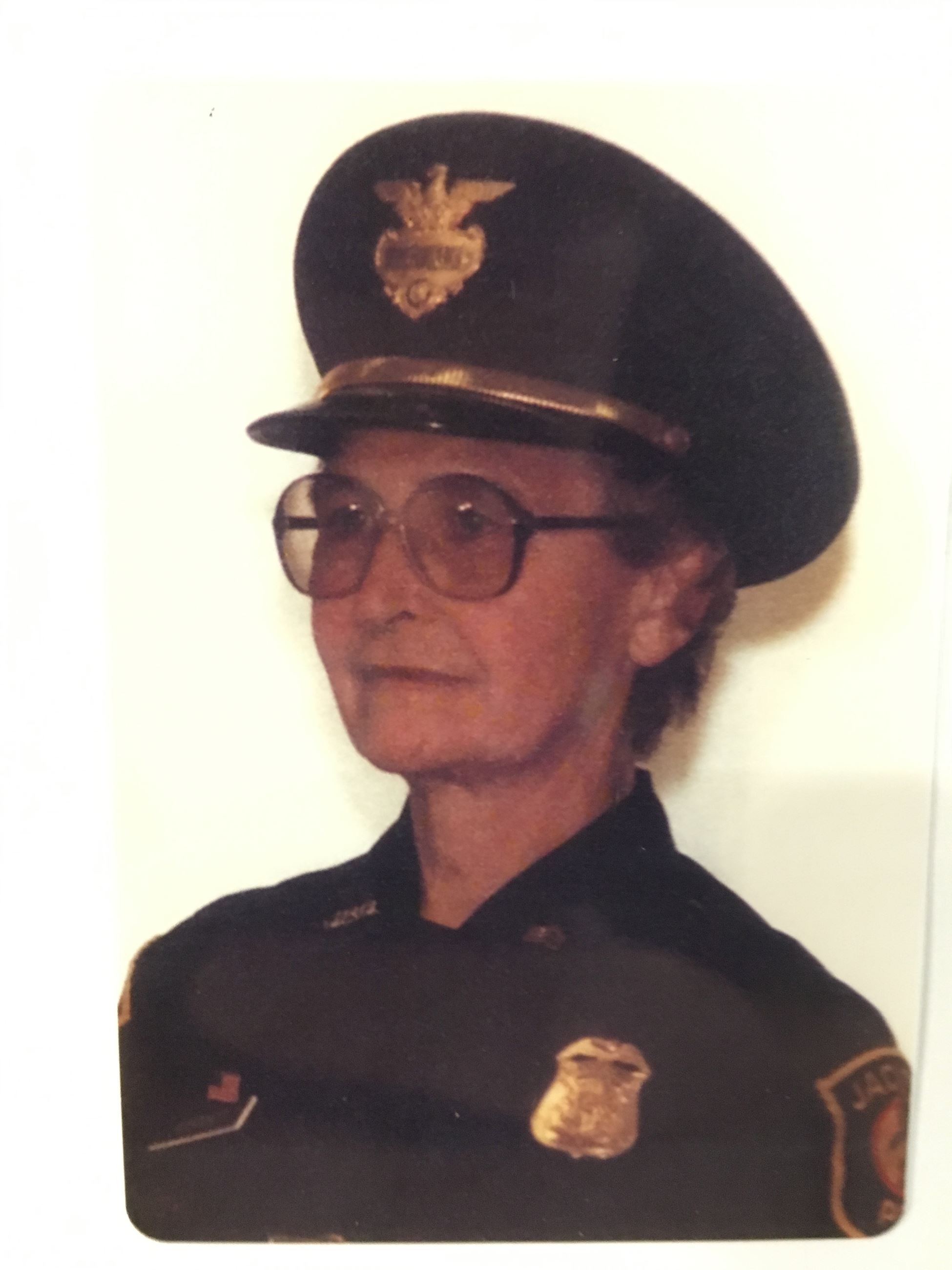 In 1947, Ruth Collins became the first female in the Jackson Police Department to carry a gun, badge and have arrest powers. During this time, female officers largely dealt with crimes involving women and children in the community. Collins was a teacher at Hanover High School before becoming an officer and was a single working mother of four children. 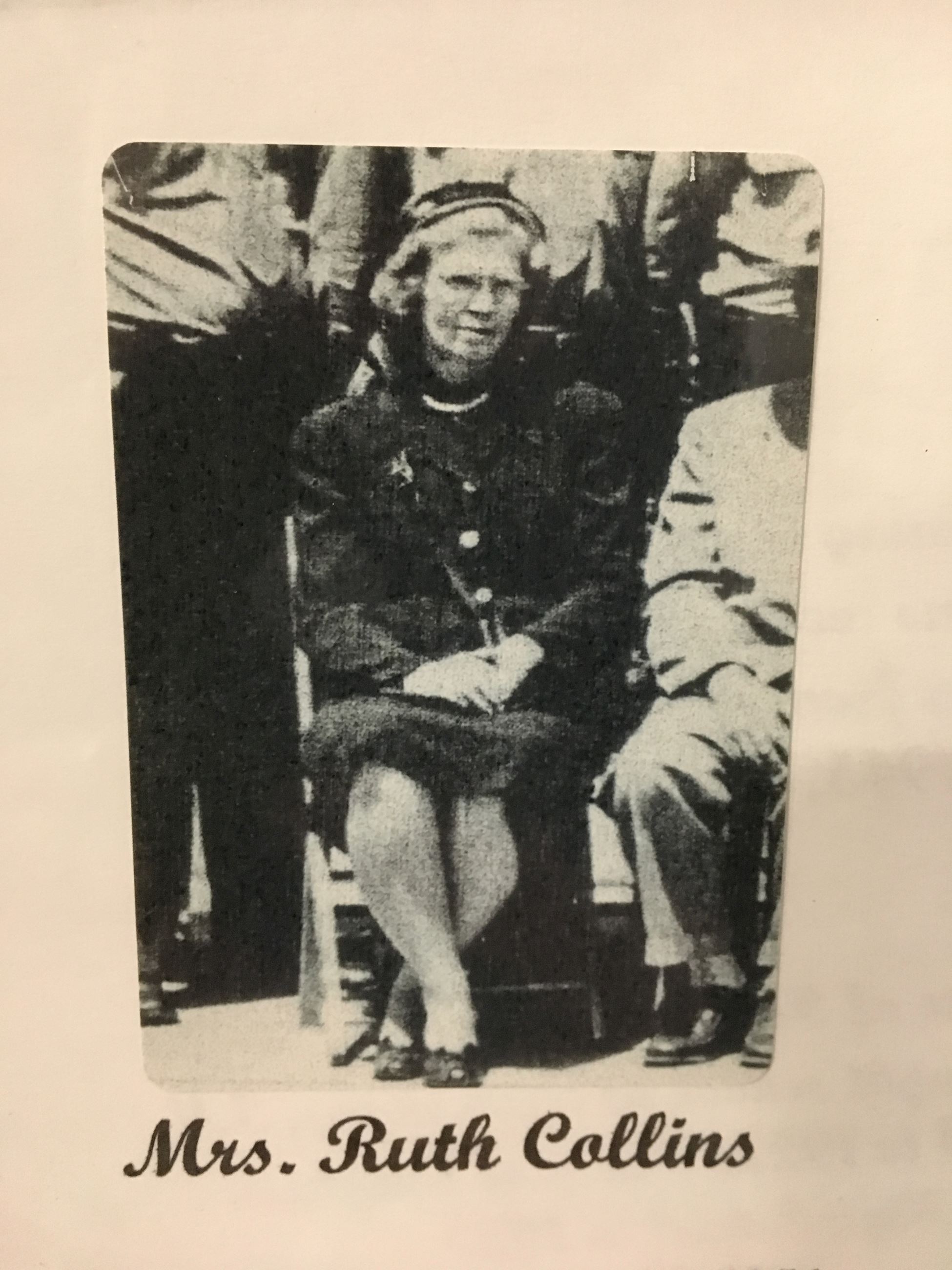